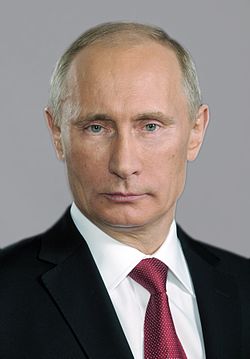 I reflected recently about my prophecy from 2011 which read:

“My visions of tomorrows near and far…. When I heard of Mr. Putin and saw him the first time in a newscast of Russia’s desire to be part of the rest of the world, I did not like what I saw.  I saw a sadistic man with an ego so great – a man who would do whatever his cruel mind could create – including overrunning countries who are financially weak and worn out and which do not welcome his offers.  First he plants people from Russia there to create wars and then the K.G.B.  Then he grabs, creating fear.

Dear world, where has kindness gone?  What is the spying game?  Where is your freedom?  Find it quickly and call it back before it is too late.”

I have long referred to Mr. Putin as Tzar Putin in my writings. The world is now seeing greater evidence of why.

See link amongst other writings on Putin in this blog.

Her Holiness brings empowering self realization to those seeking enlightenment. She guides people in attaining true enlightenment through active awakening of communication and interaction between soul, spirit, mind, brain and body and of bringing them into balance by living through pure divinity instead of through confusion and emotions.
View all posts by The Saoshyant, H.H Alexandra →
This entry was posted in General, Prophecy and tagged hh alexandra, kgb, prophecy, putin, saoshyant, tzar. Bookmark the permalink.