Let us look at the time following the last polar shift.

9000 years ago the earth reeked of massacre and blood.  The spirits of the slain who perished seeking vengeance rushed about in chaotic fear, madness and total despair.  The King of Oas passed a law against Creator (called Ormazd at that time).  The world was to witness a time of misery.  So many then and since were killed in religious wars in order to cover up the truth.

The first prophet to be there following the last polar shift was the Persian lawgiver Zarathustra, also known as Zoroaster, or Zartosht.  He lived 9,000 years ago and brought a powerful new belief system to earth which taught no killing and the existence of one Creator.  Wars ceased and tribes and nations dwelled together in peace.  People stopped living in large cities and striving for things of the earth.  Evidence is there in abundance of the history of Zarathustra.

It is important to know that Buddhists and Christian religions (including Islam, the break-off from Christianity) were made up from the life of, and chiefly from the history and great miracles of, Zarathustra.  Know that to steal the history of Zarathustra and obliterate it, Coatulus, a Christian priest, burned down the Library of Alexandria in the year 390.  For the same purpose, three Christian monks burned it again in the year 640.   The belief is that the Jesus story was made up from Zarathustra’s life account.

Zarathustra’s father came from beyond the stars – from a planet past Crossings called Summer.  He attracted attention and was, and still is, a very holy being who came and went from earth.  You can travel to the place in Pakistan where there is a drawing of his spaceship.  Arriving after the last polar shift, he saw the lawlessness of the ones who served.  He travelled the Middle East and India.  He also travelled to Ethiopia and Samoa where he found his to-be wife and married her.  She was of normal stature but he was eleven feet tall.  There is a carving on the great pyramid in Egypt of Zarathustra and his mother riding on the back of a donkey or another small type of horse and of Zarathustra’s father standing beside them.

Zarathustra’s father spoke about Creator and of a wonderful place where there is peace and harmony and no wars.  He desired to teach all survivors of the polar shift to have peace.  He taught Zarathustra of peace and to know and remember the Creator and the Etherean Worlds.  He took his son and wife to India to be educated by Brahma.  He lived for a time with them in the Afghanistan Mountains and they spent time in Pakistan and Egypt.  From there he moved to Persia and lived there.

Later Zarathustra went to Persia too.  The evidence is that he was not born there but lived there for many years and died there.  As a child, Zarathustra was called the lamb of Creator.  He was neither male nor female.  He was an i-e-s-u, a holy being.  Like his father, Zarathustra was very tall, reaching nine feet.  His life is not fiction.  Evidence is available from his youth through his time in the lion’s den to his crucifixion, to being burned on a pyre and to then rising out of his ashes to manifest himself as a whole being before leaving for the heavens.

Yes, Zarathustra is the one – the one who brought word of Creator and of living a peaceful, harmonious existence.  For more than 65 years I have spoken about Zarathustra’s time on the planet, the evolution of religions after the last polar shift and the need for humanity to break down barriers of racism, hatred and prejudice and come together for the sake of the planet and all that lives upon it.  One-upmanship is a man-made condition that needs to come to an end.

Today you and I owe a great thanks to Creator and Zarathustra against all others, in showing us times that have gone by and lies that have been told.  In more recent times, the Creator brought Europeans out of the dark ages and put an end to the dark times.  In the time we are now in, with a polar adjustment again imminent, the Creator has said, “And I will cut loose the foundation of the earth and the great cities will be swallowed up in the seas and after these times calm will exist.”

The Mound Builders were known by North American Indians.  They told the Hopis of the people from another world who were upon earth and taught them about the Great Spirit (Creator), harmonious and just living, and a land in the sky known as Summer.  The Hopis refused to murder and the Kachina spirits were sent to protect and save them.   They created safety tunnels for them, where you can still see ancient writings and drawings.

The Algonquins and other parts of First Nations are also followers of Creator.

This is the time.   If you are a materialist or a searcher of corporeal knowledge and believe that the sun is a god and the all highest, then you shall learn to be in the truth, know Creator and learn about peace and kindness.

(Please refer to the great book of Oahspe for more details about the life of Zarathustra.) 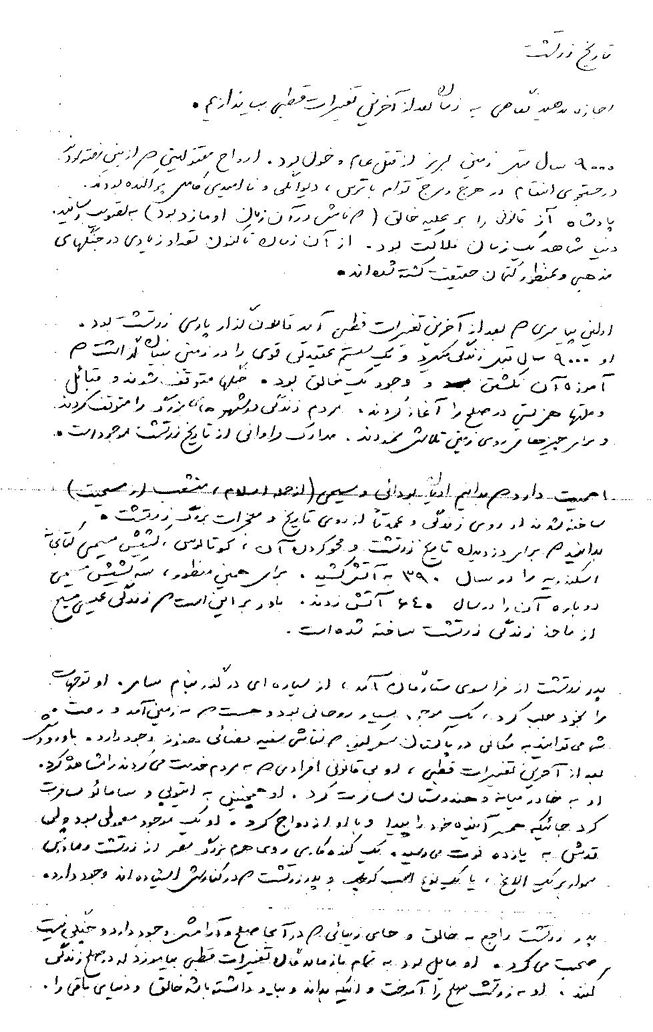 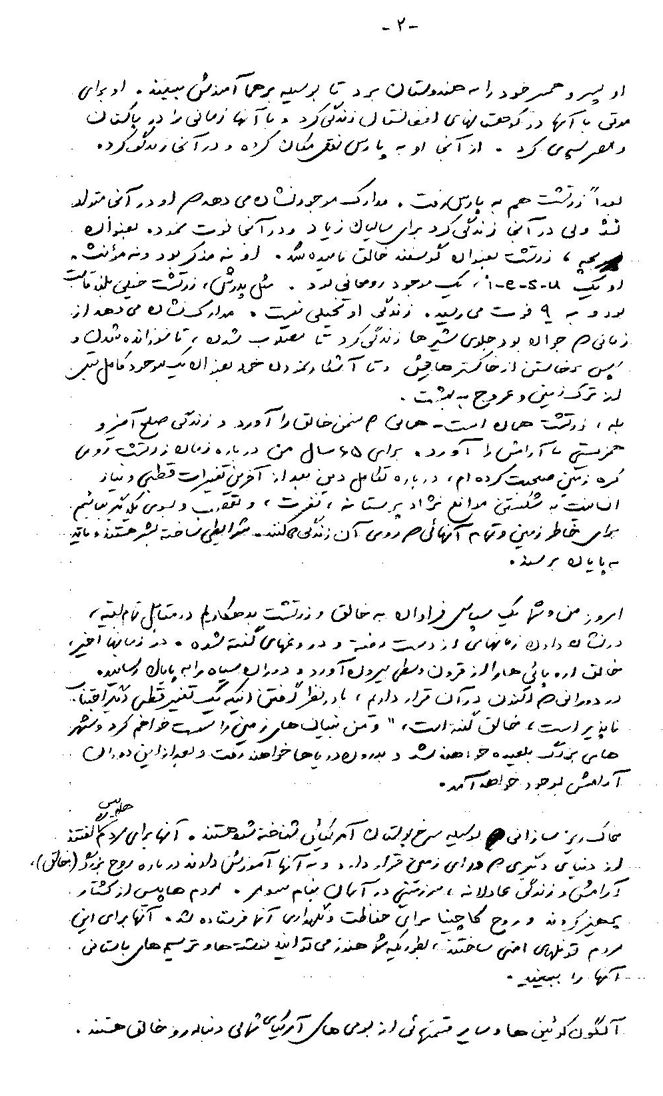 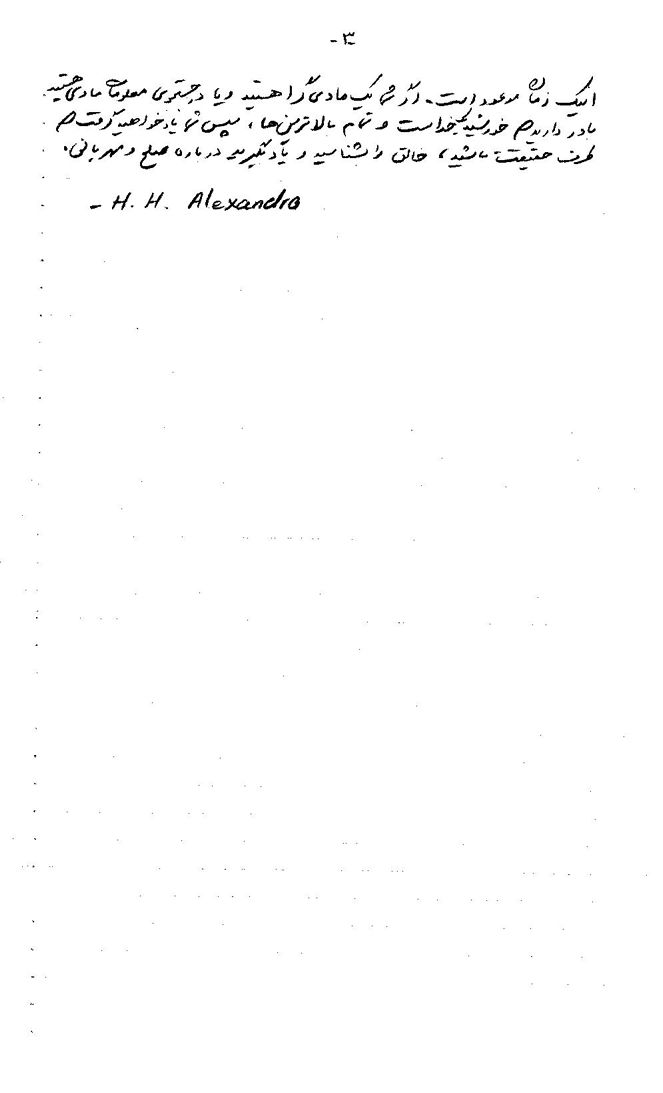 Her Holiness brings empowering self realization to those seeking enlightenment. She guides people in attaining true enlightenment through active awakening of communication and interaction between soul, spirit, mind, brain and body and of bringing them into balance by living through pure divinity instead of through confusion and emotions.
View all posts by The Saoshyant, H.H Alexandra →
This entry was posted in General, Spirituality and tagged brahma, creator, farsi, hh alexandra, history of zarathustra, jesus, library of alexandria, oahspe, peace, persia, polar, saoshyant, shift, zarathushtra, zarathustra, zartosht, zoroaster. Bookmark the permalink.

6 Responses to History of Zarathustra