Posted on September 4, 2013 by The Saoshyant, H.H Alexandra 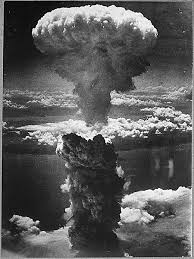 Thousands over the years have asked, for what are they having to prepare?  I say this.  Eighteen years ago I spoke to some kind people from Iran who travelled far to hear my prophecies.  We are now eighteen years later and so here is the information again.

I said that the battle between the Christian Roman Catholics and the Muslims is an old one.  It will play out to see another thirty-five years of battles and more aggressiveness.  Wars will be immense and oriented from race, creed and colour issues but will mostly be religiously oriented.  People will hunger for peace, while they experience famine because of contamination of oceans and land.

I spoke of, and wrote in my books about, what is happening in Syria now.  There will be rising of hatred with Israel and within various forms of Christianity, factions of Islamic groups as well as Buddhism.  Inflammations of old will be reignited.  The time is now.  WW III has begun.  It is not a story.   Kindness wins all.

Starvation will be humungous. Time is like the fine crystals on the beach flowing in the hourglass.  As I have long said, you are already experiencing polar shift activity, as evidenced by changing water levels on the planet and migration of sea life.  The impact of deforestation, radioactive contamination, all forms of pollutants and the stripping of the planet’s oil and mineral resources is well seen. People must take responsibility.  In Japan the radioactive contaminated water being leaked into the ocean may flow away from them but its impact is global, as people on the west coast of North America now realise as do those who know the impact to the ocean life and all that is sustained by it.

So many people from around the world have asked why I speak about creating tolerance for all points of religious views.  Know that there is one divine Creator and many gods.  A power struggle has been the price to pay for many years with battles between lower and higher gods but mostly between the lower gods.  Through recent times, peace and kind behaviour have been non-existent because of egos and the “me, me, I am the one” society.  So many lies have been created.  You must judge yourself, not others.  There has been an evolution of beliefs which have been adjusted to suit the newly conjured creation stories.  I know many will be confused and even enraged from this disclosure of truth. It is not that you should seek religion, but rather seek your deep spirituality to be offered to the one Creator in the many universes that exist.

Today so many on Earth who have high religious titles are of the belief that there is no life after death.  They are totally out of whack and wrong.  Do not believe them or you will lose your eternal life in suffering.  Turn your life around to be the best you can be and of high spiritual quality.  A Rolls Royce, Ferrari or Porsche will not drive you into the higher plateaus of the afterlife.  Learn to be kind to each together.  We need to build compassion for all.

Let me explain the great evolving times you are now in.

Of the “me, me, I am” types, I am sure many are brainwashed.  Fanatic beliefs rule, as they did in times past.  Now you need to seek peace to stay alive.  The great change is upon the planet. Know that any person who needs to kill another or who makes you believe you should kill, is confused. That which is good and pure need not harm you or anyone.  A true godhead is free to be.  Love vibrates from all pores of the soul.  Compassion is the way of life.  No one need be cruel or thinking only of “me, me and I” again.

So you ask, when oh when?  You are now in the great battle for power of the lower and higher gods.  Know that there is an afterlife.  Zarathustra showed it clearly.  He did not have to be rich.  He just needed to be good to have a great spirit and be loved for centuries.  We know that the Black Friars copied the greatness of Zarathustra and centuries later created the Jesus saga from Zarathustra’s life account.  This was all done through bloodshed.  From the same group was born Mohammed.  We see the account of the first Buddah in evidence but today’s Buddhism is different and has different accounts.  I observed all and saw the good and bad from religions and spiritual practices.

Love of life – of soul – through peace is now needed more than ever.  It is not about how much money you hoard in your life, but rather how much good you do.  Soul – your soul – is the focus of life.  The stories of martyrs are not so powerful.  It is the good and kind actions towards the planet, nature and all life that is important.

You have asked what I foresee in near times.  Within the next 35 years goodness and hatred will both rise.   There will be more hatred of controls imposed on people, as well as hatred rising from racism and religious intolerance.

I foresee the Muslim belief being forced on many – as much as 80% of the planet.  A movement of great fear will rise up, not of true believers alone.  Fear will drive this energy to the point that people will report against one another, reminiscent of Hitler’s time.
There will be hatred of diversity within cities, where murders will go up, not down.  It is better to live in small towns where people know one another.  So, we will see the years from now on climax in 2048.  By then there will have been massive suffering from hunger, wars, fires, lack of trees to bring oxygen (because of those of ego who kill the great Creator’s nature) and hardship.  Starvation globally will create massive loss of life.  Until 2046 many will have passed off the planet to celebrate rebirthing in other forms.  Now is the time to end hatred between religions and races.  By 2049 the world will know peace for people will have come to the point of rebuilding a broken and frightened earth.

Dr. John Ballou Newbrough, author of the Oahspe, brings the story of a great messenger – Zarathustra returning to the earth.  Also read about the castaway Mahatma Gandhi, the great Moses, Abraham Lincoln, and many other male and female prophets.  As you can see, this has been a male-oriented planet devoid from the gentle energies given by the females.  Now these female energies need to be awakened out of their slumber in order to bring about healing and to end suffering on the planet.

I call all to see a wave of change now – soon, very soon.

You, who read my words, please know that I am nothing.  My Creator is all.  Your Creator calls you to come forth into this time.  You need to awaken.  The people who are into “I, me, me,” are the ones who will miss the train.  The train is on the way in their lives and in your life.  I have called so many of you into awareness.  Some of you who have my books have asked why I was not interviewed on TV.  It is because they shoot the messengers.  Know that I am not calling the “I, me, me” ones.  I am calling you to awaken.

In 2049 there will be a form of peace.  Meanwhile, don’t kill all the trees.  Grow new ones.  Soon you will need air, kindness, clean water and food.  All other will come when you choose peace.  I don’t care if you are green or purple, so long as you are free of religious bigotry.  The wave of horror is near.  Millions will starve from fear.  Religions will hate, not love.  The Creator calls for your peace and goodness.

I saw during my own hard times that for the most part humanity does not care for the prophet of now, nor do they care for the others from yesterday.  No, not really.  I do not complain to you.  You know only my writings to call you to be safe in the small cities and towns.  Soon the time will come when all selfish ones realise that the way they treat others will be measured by angels.  The unseen are soon near you.  Love and kindness, not hatred or greed is what is needed.  Your ship of learning has come.  If you are in your 20s or 30s know that our planet once more can rise to be the promised land.  Be good.  Share now.

By 2024 you will have a choice.  Everything comes from vibrations of wars, hatred and disharmony.   Mankind must make a choice to end all warring or experience through 2048 what they will create themselves. Help by sending out the message to stop all wars.

Her Holiness brings empowering self realization to those seeking enlightenment. She guides people in attaining true enlightenment through active awakening of communication and interaction between soul, spirit, mind, brain and body and of bringing them into balance by living through pure divinity instead of through confusion and emotions.
View all posts by The Saoshyant, H.H Alexandra →
This entry was posted in General, Prophecy, Wars and tagged buddhist, catholic, creator, famine, hh alexandra, japan, john newbrough, muslim, oahspe, propehcy, prophecies, radiation, saoshyant, soul, wars, ww III. Bookmark the permalink.