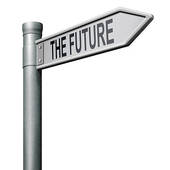 Prophecies – In looking at times ahead, I foresee …

A world full of jealousies and fear for life and living is spreading over the earth plane in this first resurrection. In the times now coming, seven more plateaus will come to be known by those in science. Space will become more accessible with intergalactic travel and habitation elsewhere on other planets.

Creator is preparing the ultimate way of renewal. The second rebirth for mankind is near and will be in Creator’s and creation’s time. Those who are privy to the time frame work with NASA secretly.

Remember what I have long told. There are many Gods and Goddesses throughout the universes but only one Creator – the all divine – all perfect, who is male/female. The Gods/Goddesses who work for Creator will help lead mankind into the new tomorrow.

Compassion needs to be learned and practised. We will then know the great new races – the Es’yans – during the great time of rebirth. Love and compassion will be measured upon earth. All will be tested.

Who will live to see all good actions? The fools who made greed a way of life. They will be sent to a part on earth where teaching of love is great. Gods’ councils will stand with the Es’yans and offer guidance.

There will not be death of souls – only rebirth after learning on earth. There will be great power of women who will share making decisions and providing directions with men. Children will live in wisdom in the soon-to-be tomorrow. There will be no homeless beings. All will be well and in harmony.

One of the Gods, who is God of the Council of Seven, will stand for peace and for healing the earth and other planets.

There will be intergalactic travels for all in short order to heal all from greed and hate and to learn to share the planets. Appointed workers and healers will work together to heal and re-educate humanity upon the planet.

Hate and greed will vanish. Love will be reborn in hearts of all life.
Be strong. “Practise compassion now,” says a new young God and his angels who will come to earth from another galaxy to oversee the transformations on earth.

There will be breakthrough news coming from NASA within the next 5 to 6 years.

Her Holiness brings empowering self realization to those seeking enlightenment. She guides people in attaining true enlightenment through active awakening of communication and interaction between soul, spirit, mind, brain and body and of bringing them into balance by living through pure divinity instead of through confusion and emotions.
View all posts by The Saoshyant, H.H Alexandra →
This entry was posted in General, Prophecy, Spirituality and tagged compassion, counsil of seven, creator, es'yans, hh alexandra, intergalactic, nasa, planets, plateaus, prophecies, prophecy, saoshyant. Bookmark the permalink.