The Ominous Signs – Did You Hear My Call 25 Years Ago?

Posted on October 6, 2013 by The Saoshyant, H.H Alexandra 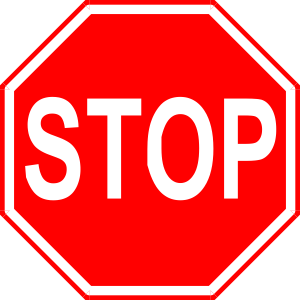 The times are calling.  Freedom is being robbed from the planet and from you as I have long foretold and warned.  Think about the ominous signs you are seeing today:

–    The “chip” for identifying you and your medical records
–    Wristbands that track your movement and exercise details
–    Smart phones that pinpoint where you are and all kinds of details about your life, friends, spending habits and history
–    Cars that can be controlled, stopped and locked on the authorities’ (or whoever they might be) remote command, whether during peaceful or war conditions
–    Smart roadside assistance software that knows when you have had an accident, the speed at which you were travelling and offers to call ambulance, etc.
–    Phasing out of cheques
–    Ongoing corralling into a cashless society
–    Monitoring and profiling of use of your bank cards
–    Disappearance of pay phones
–    Tracking of physical mail to know your whereabouts
–    Politicizing of your freedom – whoever is in power decides what they want you to be – goodbye freedom – as WW II survivors of Hitler will recall

What’s next?  Population control for the elderly?  Too many seniors?  Is age 55 okay?  Then you turn 65 and are claimed to be old.  Many children are being, and will be, programmed not to listen to, or live with, their parents or elders.  The schools and governments will have the power.  The battles and coercion from religions will create major strain and stress amongst the people.

The behind-the-scenes shadows control all for they are driving things to the new world order, which will not last. But there will come a new form of more harmonious world order that manifests in 2048 after people have been through horrific hardship.

Stay tuned for my future forecasts.  Be empowered by being in the know.

Her Holiness brings empowering self realization to those seeking enlightenment. She guides people in attaining true enlightenment through active awakening of communication and interaction between soul, spirit, mind, brain and body and of bringing them into balance by living through pure divinity instead of through confusion and emotions.
View all posts by The Saoshyant, H.H Alexandra →
This entry was posted in General, New World Order, Prophecy and tagged cashless, chip, freedom, hh alexandra, hitler, new world order, population control, saoshyant, tracking. Bookmark the permalink.