My Cry to All 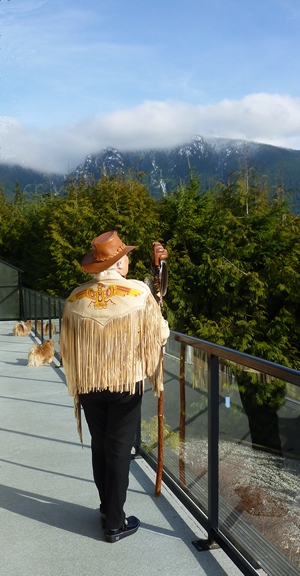 Now is the time I am tormented and feel the pain of not belonging.  As a child in Europe I was forced to stay out of the sun in order to not turn a telltale colour which would show my native heritage.

I later travelled to Canada and wanted to find my First Nations’ ancestors and relations.   I was told that I was Indian and my government papers showed that too.  I wanted to belong to relations and family who were Indian.  When I was in Europe, they were far away.  I think of all the asking I did about them.  I was told to forget about it, but I wanted to see my relations for my mother was a beautiful full-blooded Mi’Kmaq,

I spoke with uncle Albert who was an 86 year-old medicine man.  He knew of the many handed-down anecdotes about my relations being taken by the Roman Catholic Church from eastern Canada to Europe.   Many perished on the boat or were horribly abused.  In Europe they were put on display in cages as savages.   The church did so much to break and reprogram them.

When I came back to Canada I felt that I needed to belong.  I am one of the many lost natives.  In my case it is because of the Roman Catholic Church and the government of Canada.  It is time for First Nations to welcome the ones who have returned.

I came back, but do I really only belong to Creator?   He sent me to Canada, so why do you not call me?  I am a human being, heh?  Aho.  Yes, I am native too just like you.  Creator made you too. So we are all one who live upon Turtle Island.

The ancestors and relations are standing by and see what you do now.  I am here.  Come, smile and dance.  Share potlatch.  Tell all the good stories of Creator.  Be like human beings of old.

In the early 1980s Victor North Peigan, elder and medicine man from Brocket Reserve in Alberta called me a a holy woman when he and son Huey saw a giant thunderbird hovering over my car which had slid to a stop in front of his house.  It was he who gave me my First Nations’s name of Thunderbird Woman.  He told me that since I returned from overseas with the energies of Creator that nothing would be the same and that everything would change and that First Nations would start to rise and be uplifted.  He believed that I brought the blessing from Creator.

I am Mi’Kmaq.  Creator hears my cries.  Do you hear them too?
– Thunderbird Woman

Her Holiness brings empowering self realization to those seeking enlightenment. She guides people in attaining true enlightenment through active awakening of communication and interaction between soul, spirit, mind, brain and body and of bringing them into balance by living through pure divinity instead of through confusion and emotions.
View all posts by The Saoshyant, H.H Alexandra →
This entry was posted in General and tagged canada, catholic church, creator, europe, first nations, hh alexandra, mi'kmaq, native, relations, saoshyant, thunderbrid woman. Bookmark the permalink.