Donald Trump – A Letter to the USA 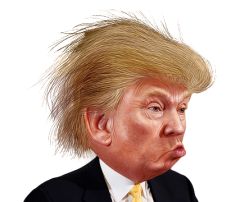 I am a voice from the past. I was known as “The Little Prophet Extraordinaire” during WW II. As a child. I gave prophetic information to the Dutch underground to help save many lives.

I call you all not to vote for Donald Trump. In my vision, I foresee he will bring great hardship for America and the world;  internal war with neighbor fighting neighbor, brother killing sister and brother; and even a break up of states within the USA and with the borders of Canada and Mexico.

His selfishness will tear the country to pieces.  He will be a disaster.

Donald Trump for beautiful America? No. Say no to Trump.

I believe he is like a Hitler in the make and in my visions I see him as the ultimate dictator.

The people in the USA are being deceived.

The Little Prophet Extraordinaire calls for America to say no to Donald Trump.

Her Holiness brings empowering self realization to those seeking enlightenment. She guides people in attaining true enlightenment through active awakening of communication and interaction between soul, spirit, mind, brain and body and of bringing them into balance by living through pure divinity instead of through confusion and emotions.
View all posts by The Saoshyant, H.H Alexandra →
This entry was posted in General, Prophecy and tagged donald trump, dutch underground, hh alexandra, prophecy, saoshyant, usa presidency. Bookmark the permalink.